MENSAGEM AO MUNDO - A MESSAGE TO THE WORLD 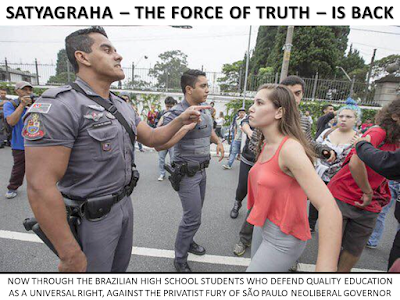 Posted by Ralf R só-a-consciência-no-ato-salva! at 01:34 No comments: 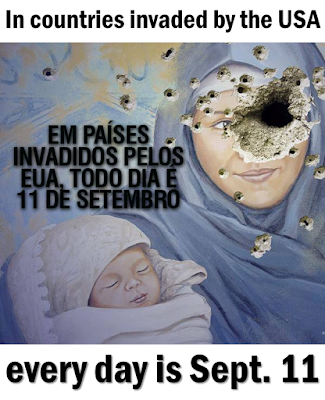 Posted by Ralf R só-a-consciência-no-ato-salva! at 22:18 No comments:

Oh, that surely means that Bush Jr's 1st election's votes will finally be recounted, isn't it?

Posted by Ralf R só-a-consciência-no-ato-salva! at 16:36 No comments:

The whole world is GAZA

U.S., FOR GOD'S SAKE, STOP COMMITING AND/OR SUPPORTING CRIMES!
HISTORY WILL NEVER FORGIVE YOU. INSTEAD OF BRAVE AND FREE, YOU ARE BECOMING THE WORST MONSTERS EVER, IN ALL OF HUMANKIND'S KNOWN HISTORY. 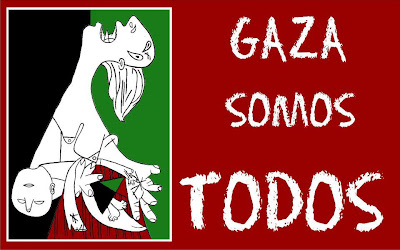 Posted by Ralf R só-a-consciência-no-ato-salva! at 18:18 No comments:

What's the matter with Paraguay 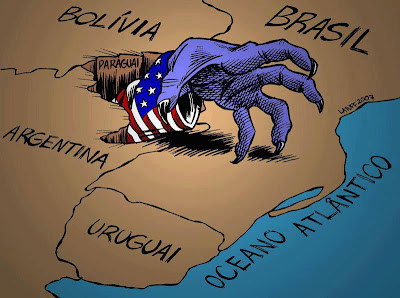 Posted by Ralf R só-a-consciência-no-ato-salva! at 23:06 No comments:

We are not glad it is like that. We would love it, if the myth of USA defending freedom and democracy were a truth. It is such a pity the truth is something else - and who would dare to deny the real truth is like that? 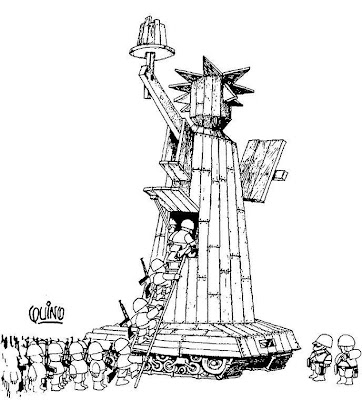 Posted by Ralf R só-a-consciência-no-ato-salva! at 00:18 No comments:

Jan.19 2012: burning of the new Alexandria Library in the name of god Mammon

Historians no longer believe that the Alexandria Library was destroyed by muslim conquerors: it would have perished in two different fires due to an accident and to inner fights during the Roman domination years.


So, it was not done in the name of Allah, as we were told at school.


On the other hand, History will never forget January 19, 2012, the day the Federal Barbaric Institute destroyed the hugest present-day knowledge sharing facility in the name of the god Profit, or Mammon.
Posted by Ralf R só-a-consciência-no-ato-salva! at 13:12 No comments:

Posted by Ralf R só-a-consciência-no-ato-salva! at 20:10 No comments:

US model of 'civilization' spreading through the world


US weapons and entertainment industries must be proud:
to face all challenges of life with a gun -
that is your model of 'civilization' spreading out to the world,
gentlemen


(Antiamerican, me?  No, gentlemen, just pro-humanity - while you have been being anti-world)


Too sad for any other words.
.
Posted by Ralf R só-a-consciência-no-ato-salva! at 23:11 No comments:

I'd like so much to be writing down here not only quick reactions to the papers headlines, but also a systematic presentation of the perspectives of the Convivium Philosophy (also Absolute, Systematic or Radical Pluralism) - yet time betrays me all the time. All my work in my mother tongue and directed to my local situation is also delayed.

So I'll start posting here anyway, not worrying about system for the while.

In today's blogosphere overview I was specially touched by an article at http://gayuganda.blogspot.com/2010/06/gay-agenda.html . I thought of transcribing it here, but I'd rather recommend you visiting the blog of those noble fighters of resistance and human dignity. Instead, I'll transcribe here only the comment I left to that post, as I think it is fully within this blog's spirit. But I insist: don't read only my comment: read the original article too!

Good morning and congratulations! I'm Brazilian, and came across your blog almost casually. I'd like you to know how desperate I feel about my own powerlessness to cooperate in some way, whenever I read news from the present official homophobia wave in Africa.

Of course no human group has ever been pure tolerance and non-oppression, however it is quite clear, from the experience of a mixed society as we have in Brazil, that from Africa we inherit mostly human warmth, understanding and flexibility, and that most discrimination, intolerance, inter-human oppression we inherit from the European matrix, without or mostly WITH the disguise of Christianity, both in catholic or protestant versions.

So I feel you really touch the heart of the matter when you write: "... though the west is being accused of ‘exporting’ homosexuality, a case was made and literally proven, of the export of hate- homophobia."

And that applies not only to the present-day sittuation, but rather to the whole history of Northern (better than "Western") influence in African societies, be it through invasion, colonisation, mission and the foreign formation of African leaders. This impression was further reinforced, by the way, by the reading of Stephen O. Murray's and Will Roscoe's studies collection "Boy Wives and Female Husbands: Studies of African Homosexualities" (St. Martin's Press, 1998).

So I guess you could find your most powerful campaign axis precisely in that: contrary to what the Northern-minded political leaders tell, intolerance to homosexuality is a betrayal to the properly African values and cultural heritage.

Of course I am not really inside your reality, so I may be speaking nonsense, but please understand this lines as a heart-felt statement of being-together with all you brothers and sisters who are going through such difficult times on the sacred Mother-of-All Continent.

A warm African-Brazilian hug, and...
THE FORCE BE WITH YOU! :D
Posted by Ralf R só-a-consciência-no-ato-salva! at 11:37 No comments:

From the Brazilian cartoonist Latuff,
one or two weeks before the Israeli attack to the Gaza Fleet

Posted by Ralf R só-a-consciência-no-ato-salva! at 19:07 No comments:

About the USA reaction to the Iran-Brazil-Turkey nuclear deal

“Don’t want to disturb, but… is this ‘victory of diplomacy’ going to take long?"

Published in Brazil in May 2010,
just after the angry USA reaction to the Iran-Brazil-Turkey Agreement

Posted by Ralf R só-a-consciência-no-ato-salva! at 18:57 No comments:

Emerson College
An adult centre of training & research
based on the work of Rudolf Steiner
Rural Development Programme
Forest Row - Sussex - England RH18 5JX
Tel. Office (034282) 2238, Students (034282) 2073
TO WHOM IT MAY CONCERN:
It is my pleasure to write on behalf of Ralf Rickli, a student in the Rural Development Programe whom I have known on a daily basis during the past year in my position as instructor and administrative coordinator for the programme.
It is my impression that Ralf is primarily a person of the mind --- of ideas and imagination --- and of communication. In my estimation, it was very courageous of him to undertake a programme that has been 75% physical work, and hard outdoor work in bad weather at that. He has done this in an effort to achieve a personal balance of mind and body. While I do not expect that, in the future, he will be a full-time farmer or gardener, any work he may do as teacher or writer or administrator will be informed by his deep respect for physical labor and the understanding he has gained during this year of the problems and ways of achieving a wholesome system of land-use by sustainable biological means.
In our discussions of the relationship of First and Third Worlds, he has made an invaluable contribution through his unusual combination of European and Brazilian traits. I expect him to be one of the people, in the coming decades, to make a significant contribution to the great issue of North-South relations that is now coming to the fore as one of the most important matters before the world community. I myself look forward to working with him as a colleague when we both return to the western hemisphere.
Any enterprise that requires a sensitive, intelligent, imaginative --- even visionary --- co-worker and is flexible enough to allow him adequate sphere for personal expression would be privileged to have Ralf as a colleague.
My warmest personal wishes and affection go with him.
(signed) Judith Hurley
Administrative Coordinator
July 16, l98l
Proprietors: THE EMERSON COLLEGE TRUST LIMITED (Registered Charity)
Members of the Council: I. Bruntsch, J.C.Davy, C.J. van Houten, D. van Houten, H.H. Koepf, U.M.Koepf, M.Macdonald, P.M.F.Matthews, R.E.Spence, M.D.Spence (Secretary). Hon.Member of the Council: L.F. Edmunds (founder).

Posted by Ralf R só-a-consciência-no-ato-salva! at 18:09 No comments: